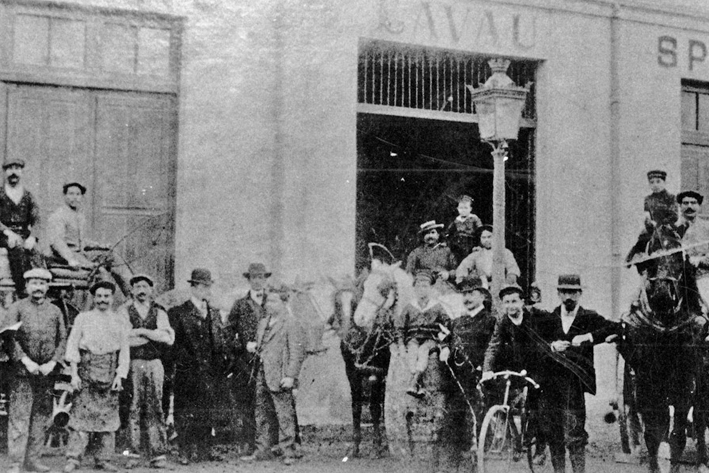 The story of the Lavau family, with its passion for wine and love of the terroir and the land, began in Saint-Émilion in the 19th century.  The story then continued on the other side of the Mediterranean Sea, in Tunisia. René Lavau moved there in 1870 and turned a small estate planted with vines and orange trees into a flourishing business. Thanks, in particular, to the energy and dedication of his son Jean, the family estate quickly became the country’s biggest wine producer.  In 1962, after Tunisia regained its independence, Jean-Guy Lavau, Jean’s son, and his wife Anne-Marie decided to return to France and to take charge of a small winemaking cellar in Sablet which Jean had purchased a few years earlier.

So the MAISON LAVAU was officially created in 1965, deep in the heart of the Rhone Valley, in the department of the Vaucluse.

Thanks to their high standards, attention to detail and thirst for excellence, Jean-Guy and Anne-Marie Lavau soon built up a reputation of top quality winemakers in their region and became recognised as a major local player. They also created close ties with the other winegrowers, especially in the southern Rhone Valley. They invested in the future by purchasing the biggest winemaking business in the Vaucluse, at Entrechaux, in 1994. At the same time, they encouraged their two sons, Frédéric and Benoît to continue their studies in Canada to complete and enhance their academic grounding, develop an open minded approach and widen their perspectives. In 1995, Frédéric decided to join the family business, quickly followed by Benoît in 1997. 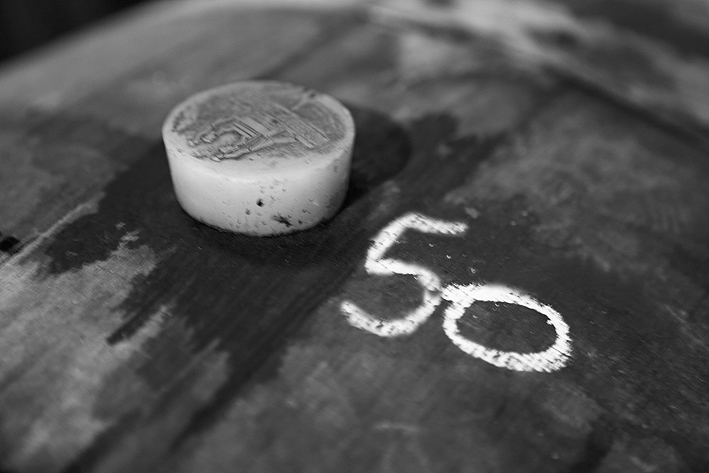 Frédéric and Benoît Lavau officially took charge of the Maison when their parent retired in 2000. Their youth, energy and adventurous spirit drove them to take strategic decisions which would allow them to structure and develop the Maison. They made big changes: building a new cellar in Violès, a few kilometres away from the historic cellar, investing in modern, high-performance cellar facilities, creating the Lavau brand, and entering export markets. In 2009, following the example of their parents’ development choices, they purchased the 2nd biggest winemaking establishment in the Vaucluse, in Valréas. Frédéric and Benoît are talented winemakers and wine traders and they decided to invest in vineyards to also become producers. They purchased several Estates & Châteaux in the Rhone Valley: the Domaine la Décelle in Valréas, the Domaine de Carmignan in Bagnols-sur-Cèze and the Domaine Les Évigneaux in Rasteau.

They made the decision to diversify and to bring in skills and experience that would complement their own by merging with the Château Maucoil in Châteauneuf-du-Pape in 2013. Bénédicte and Charles Bonnet, who were in charge of Château Maucoil, joined the Lavau brothers at the Maison which, from then on, they would manage together.

AN IMAGE OF QUALITY

Today, the Maison Lavau is one of the last family-run and independent wine estates in the Rhone Valley. With its three winemaking cellars and 140 hectares of vines, it has made its name as a major winemaker, trader and producer in Rhone wines. The foursome in charge of the Maison all agree upon shared objectives: to produce top quality wines, promote and reflect the diversity of the Rhone Valley by representing the most emblematic and prestigious appellations of this region.

Frédéric, Benoît, Bénédicte and Charles feel strongly about continuing to be involved in the early stages of the winegrowing activity by working alongside family-run vineyards, and are keen to conserve their status as a key player in the Rhone Valley.

The wines of the Maison Lavau reflect the values of its founders and current managers, namely sharing, pleasure, and simplicity…

The objective is to offer the very best of the Rhone Valley and to create fine, generous, and affordable wines.